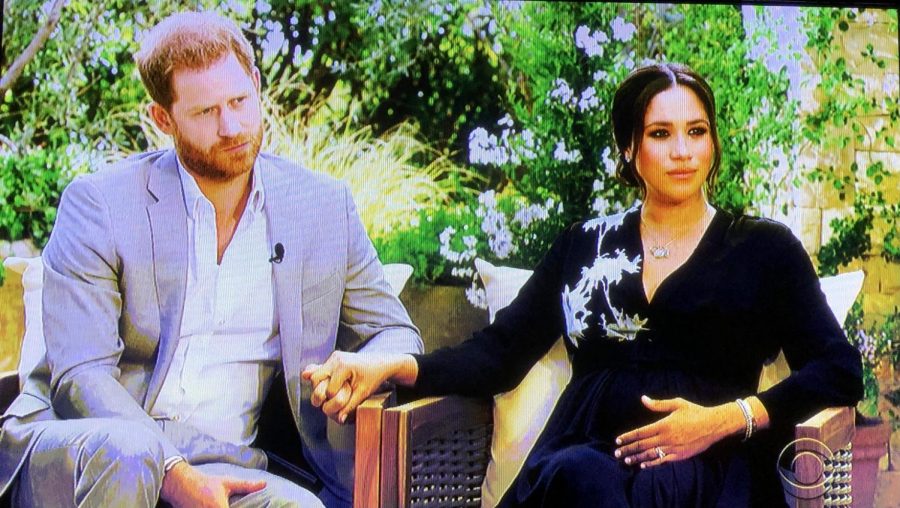 Prince Harry and Meghan Markle had their interview with Oprah Winfrey in Santa Barbara County, California at the home of an anonymous friend of Winfrey’s.

Meghan Markle dropped a bombshell regarding royalty’s views on her son, Archie, saying there were “concerns and conversations about how dark his skin might be when he’s born.” Meghan Markle, Duchess of Sussex, and her husband Prince Harry, Duke of Sussex, had an interview with Oprah Winfrey that aired Sunday, March 7th.

There were numerous tabloids, mainly from British news sources, that gave false accusations on Markle. One claimed that she made her sister-in-law, Kate Middleton, cry. In fact, the opposite happened.

Other varying perspectives between the two Dutchesses include Middleton’s praise for her baby-bump cradle, but Markle “can’t keep her hands off her baby bump for pride or vanity.” Also, Middleton is viewed as inspiring by eating avocados for battling her morning sickness, while Markle is ridiculed for eating them, as it is associated with deforestation.

These repetitive remarks prove the prevalent racism in England commentators and are one of the factors that resulted in Markle’s mental health struggles. She even bravely confessed her suicidal thoughts to the institution, people who oversee the monarchy, and her feelings were coldly dismissed. When she told Harry, he did not know what to do.

She felt trapped within her position because she was unable to go to a regular hospital. She mentions in the interview, “I just didn’t see a solution. I didn’t want to be alive anymore.”

Prince Harry recalls an event he had to attend with Meghan, during the peak of her mental distress, and holding her hand very tightly as they were bombarded by the paparazzi.

Markle disclosed to Winfrey, “I know there’s an obsession with how things look, but has anyone talked about how it feels? Because right now, I could not feel lonelier”

Meghan Markle describes how being a royal was unlike her original expectations. Growing up, the royal family was not an apparent topic in her family. With her history as an American actress, she predicted that royalty would be a similar lifestyle to her prior life as a celebrity.

She interpreted meeting Queen Elizabeth as simply introducing herself to her significant other’s grandmother. When Harry asked her to courtesy, she “thought genuinely that’s what happens outside, that was part of the fanfare. [she] didn’t think that’s what happens inside.”

There were claims that royal family members made up false remarks on Markle in order to keep the attention away from the scandal of Prince Andrew’s friendship with Jeffrey Epstein.

About a year ago, they removed themselves from the royal family, and this interview was intended to give a rationale for their decision. They first moved to Canada before moving to Santa, Barbara California. They were financially cut off from The Firm and Archie was not given security. American actor Tyler Perry, who is friends with the royal couple temporarily provided them a house in California and security.