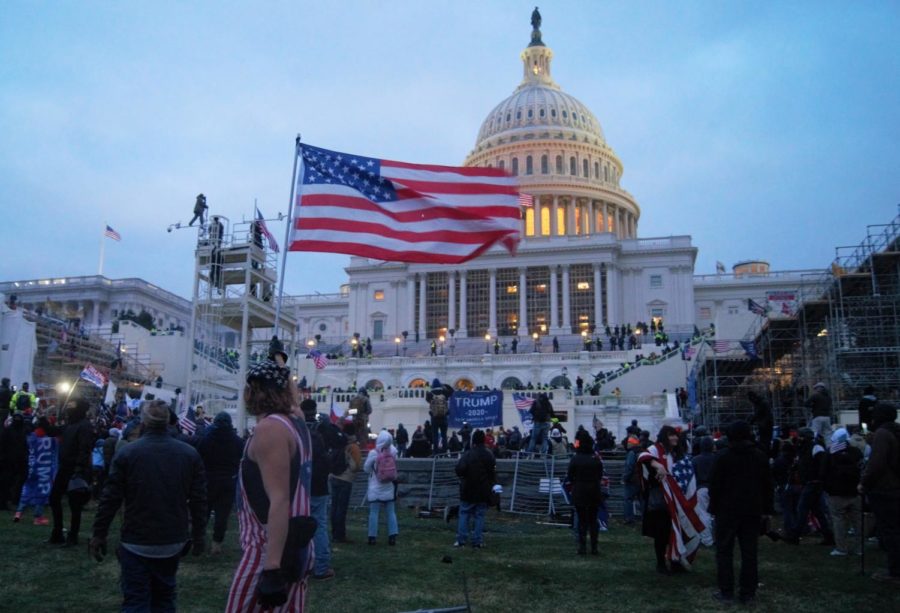 “It was like I was walking into a war zone,”

On January 6th, 2021, a mob of 2,500 supporters of former President Donald Trump attacked the Capital Building in Washington DC. They sought to repeal his loss in the 2020 Presidential election by interrupting the session of Congress where they were counting electoral votes that would define President Joe Biden’s win. Due to these riots, the Capitol was shut down; lawmakers and staff were evacuated while rioters continued attacking law enforcement officers, vandalizing property, and refusing to leave the building for multiple hours. Five people died. One was shot. Many were injured.

The post necropsies and trials that followed that day were based on the violence of that mob. But many forget that there are people that traveled to Washington DC to protest the results of the democratic election, who did not set foot in the capital and have not been charged with any crime. For these supporters, the events of January 6th were not an insurrection but a movement created through the opinions on vaccines and other political debates.

Since the attack, many people have gotten into new fights and are immersed in new conspiracy theories due to the events of that day. They have organized efforts to raise money for the people charged in the attack at the Capital and depict them as “political prisoners”; others spoke at conservative rallies.

The anniversary of this event just passed. So what comes next in the Capitol Riot Investigation?

Representative Bennie Thomspon, who is chairman of the January 6th House Committee, had stated that the committee is investigating individuals who tried to change the results of the 2020 Presidential election last year. Thompson had added that it is clear that the committee is interested in investigating using federal power to attempt to prevent the peaceful transfer of power.  The committee is also currently working on a report to analyze and document their evidence and findings throughout this case.

I can tell you that we are learning that individuals conspired to change the outcome of the election. And that is very concerning, that they used assets of the federal government to try and promote the big lie.”

As of the week of Jan 5th, 2022, more than 225 people have been accused of interfering or attacking the police that day meaning that in the end, there could be at least 2,500 people charged with a crime. About 300 people have also been already charged with crimes such as disorderly conduct, and trespassing property.

The main question for the prosecution of this trial is: “Will the Justice Department move beyond charging the rioters themselves?”

At Capitol Hill, the House Committee has selected many witnesses who they are interviewing and has issued subpoenas to, meaning certain witnesses will be testifying against their will. Members of the committee have stated that they would consider making criminal referrals in their investigation if there is evidence that comes up in support of the main prosecution’s case.

Throughout the many cases, the other prosecutions, in support of those who participated in the riots, have presented many moral and legal challenges that have confused prosecution and defense lawyers as well as the jury too. There are many overworked courts that have tried to balance the discovery of new materials and evidence with fast trials but they have also faced a significant amount of underlying tension.

The first trial is set for February 24th and will be focused on Robert Gieswein who describes himself as a militiaman and is charged with assault for the use of chemical spray against officers. Gieswein may argue with a strategy that many defendants use, self-defense but if the prosecution uses their evidence and tactics to support their case, they might win.