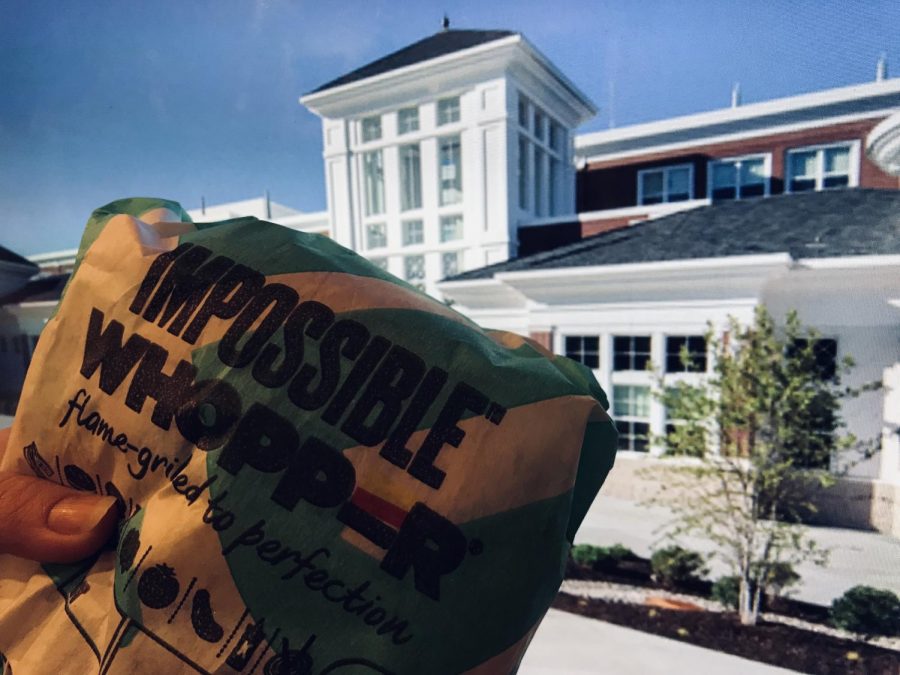 Plant-based meat (such as this Impossible Whopper) has infiltrated the menus of fast food restaurants across the country.

Burger King, McDonald’s, Qdoba, White Castle, Dunkin’, Red Robin, Blaze Pizza, Fatburger, TGI Fridays, and Little Caesars. What do all of these staple American eateries have in common? In the past year, every one of the aforementioned restaurants has integrated plant-based meat into their menus.

One would assume that vegans and vegetarians are the target market for these meat-less options when, in fact, plant-based meat companies are shifting their focus to carnivores. Excess consumption of meat, particularly red meat, is proven to be extremely detrimental to the environment. Raising cattle generates as much greenhouse gas emissions as all automobiles combined. Not to mention the fact that cattle ranchers have clear cut millions of square miles of forests to make room for grazing pastures.

The cattle industry is not only adding emissions to the environment in the form of methane, it is rapidly destroying trees, the environment’s natural coping mechanism for greenhouse gases.

One does not need to eliminate meat from their diet entirely, but reducing meat consumption is critically important to combating climate change and a myriad of other problems that come along with it.

However, a survey of Franklin High School students shows that plant-based meat is struggling to convert the younger generation.

“I’m already a vegetarian, but I wouldn’t want to try plant-based meat because it will still feel like I’m eating the animal,” says sophomore Halle Goldsmith.

It’s your turn. Go out and try some plant-based meat today. Will it be an Impossible Whopper from Burger King? How about some Beyond Breakfast Sausage from Dunkin’? A taco from Qdoba or some chorizo pizza from Blaze?

The question is, once everyone has tried plant-based meat, will it stick around? Or is it just another food fad? The environment hopes that this isn’t the case.