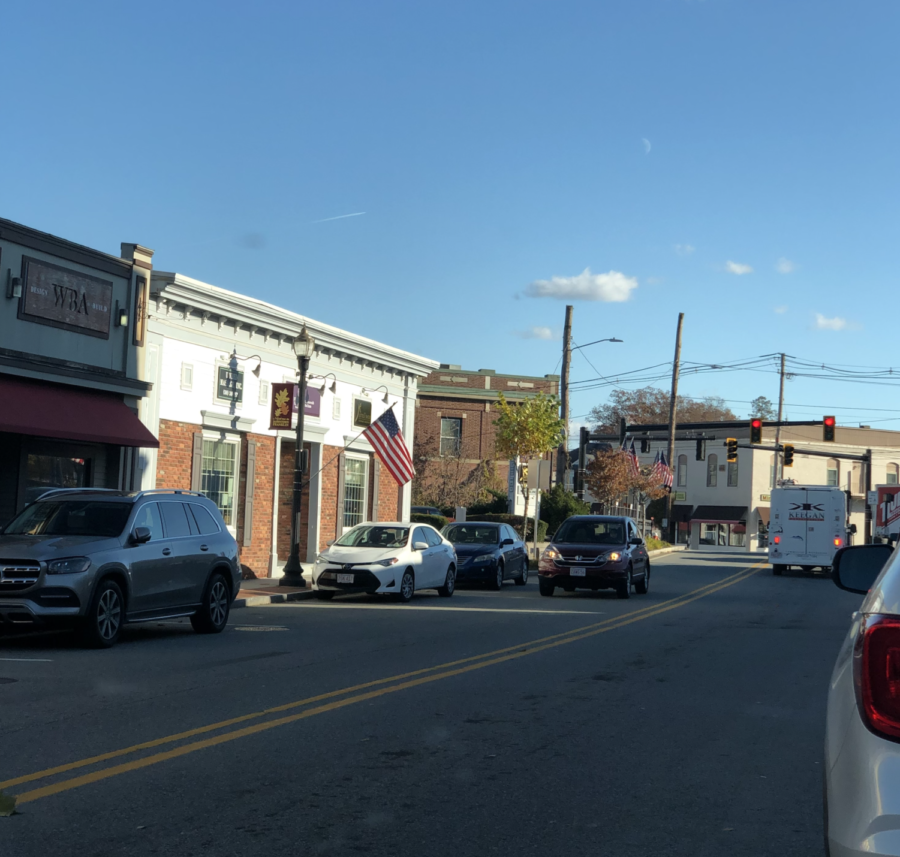 Many of us have either been to or driven through downtown Franklin, but do we really know the significance or history behind each building located there? There are seven main sections of downtown Franklin that are important to the history of how Franklin developed. Let’s look at each one of them in depth!

First there is the Morse Block. The Morse Opera House was Franklin’s original movie theater built in 1887. Many people would go there for entertainment and watch movies but other events used to take place there too. Unfortunately, in 1928, the Morse Opera House had burnt to the ground due to a fire. After a couple months, the building was rebuilt into a theater. The theater then later became known as the Franklin Cinema which is now occupied with restaurants.

The next section of Downtown Franklin is Cottage Street. This area has undergone multiple changes to the layout of the street since the 1940s. The building named “Carlow Auto Sales”(now) was originally Sherman Chevrolet. Right next to this building is Cesar’s Barber Shop which was originally a car dealership owned by Donald Chapman and he sold Dodge cars. Also on Cottage Street is the Franklin Funeral Home which was initially owned by Tom Keefe from Keefe Insurance. The next building in this area is The Rome Restaurant which has been a staple of Franklin for many years. In the place of this restaurant, there were four other buildings on this block with one of them known as the “Clock Square Diner”. The current building is about 25 years old.

Next on the list is East Central Street. Most of the buildings were named after their owners. The Sentinel building was located on this street in the place of what is now Tranquil Souls Yoga; the Franklin Sentinel was the local newspaper from 1879 to 1979. Where H&R Block is currently located, AJ Cataldo came to the US in 1888 and started a small business, a fruit stand, but eventually had it all torn down. This street was known to be the street containing a lot of furniture companies. Most of this street was taken up by small businesses.

The fourth part of Downtown Franklin on the list is Clarke Square. This is a major road intersection known for it being the exact spot where there was a photo taken of Franklin Militiamen assembling for the Civil War around 1861. In this square, there was a general store owned by Harry Bachelor and he had that store for many years there. An important building on Main Street was the building that contains Century 21, Acapulcos and the other stores. In this place was another building known as the exchange building.

Next is the Dana Block. This was built in the early 1920s and it used to be a three story building but now it’s reduced to two stories due to a fire in the building. A popular business in this block was Smith’s Newsstand which eventually became the Franklin News. There were also clothing stores at the far end of the building. In the Dana Block, there was a coal elevator located due to the train station near the area. There would be coal cars that came into the station and there was a chute that went from the top of the building on Dana Block where the coal was, to the coal car.

On this block, there is a famous shoe store known as the Pisini Shoe Store. Pantherbook interviewed Mr. Pisini, the owner of the shoe store to get to know a little bit about his history and how it correlates to downtown Franklin. Mr. Pisini had stated that he has been in Franklin for almost his whole lifetime. “I was born here and I knew everybody which is why I started my store here”, he said. He says “I started here as a 13 year old boy shining shoes, about 79 years ago.” He also says how he bought the store and after a while he “got drafted into the army for the Korean War and after I came back, I restarted the store”. Mr. Pisini had stated that he has many favorite parts of Franklin: “I really like the school system and the town government.” He adds that he is afraid of overpopulation of Franklin and hopes all of the amenities in Franklin such as sewerage and schools can handle the amount of growth. Overall, Mr. Pisini is very proud of his store that has carried a lot of history along with it! 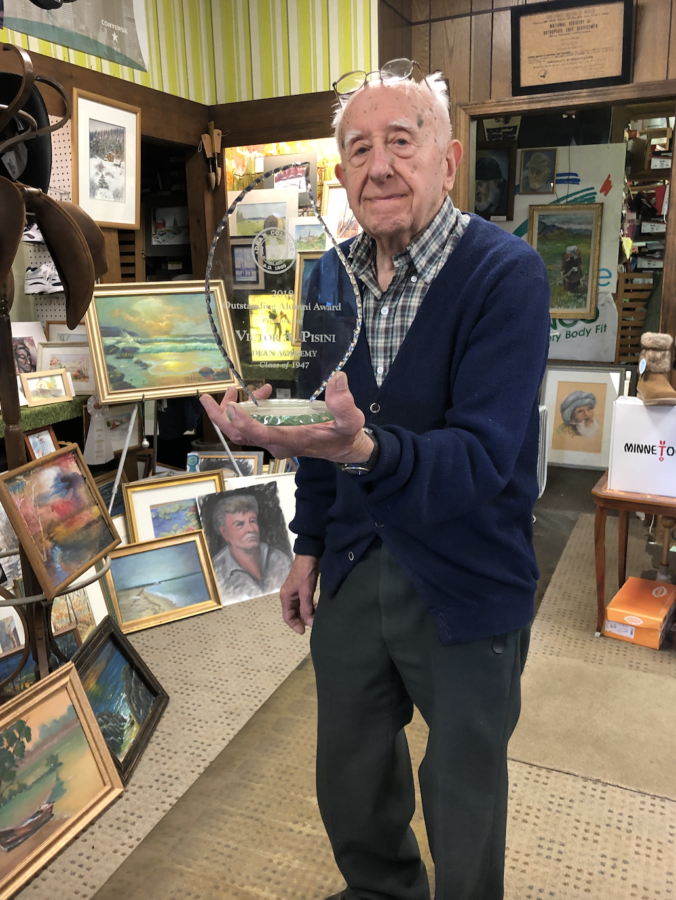 Gallery|4 Photos
Mr. Pisini showing his award for being an Outstanding Alumni at Dean Academy in 1947! (Nihara Lijan)

The last part is the Ray Block! This part was known to have many banks in the area. One of the first banks was the Franklin Cooperative Bank which later changed to Dean Cooperative Bank. There were other banks as well such as Franklin National Bank and Benjamin Franklin Savings Bank which had started on West Central Street and later moved to the Ray Block building. In this block is also the Post Office which was opened in 1935 and was part of the Work Progress Administration during the Great Depression.

Downtown Franklin has such a compelling history that not many people know about so be sure to check out different aspects of it next time you drive by!

Be sure to check out Pantherbook’s other articles on the History of Franklin!