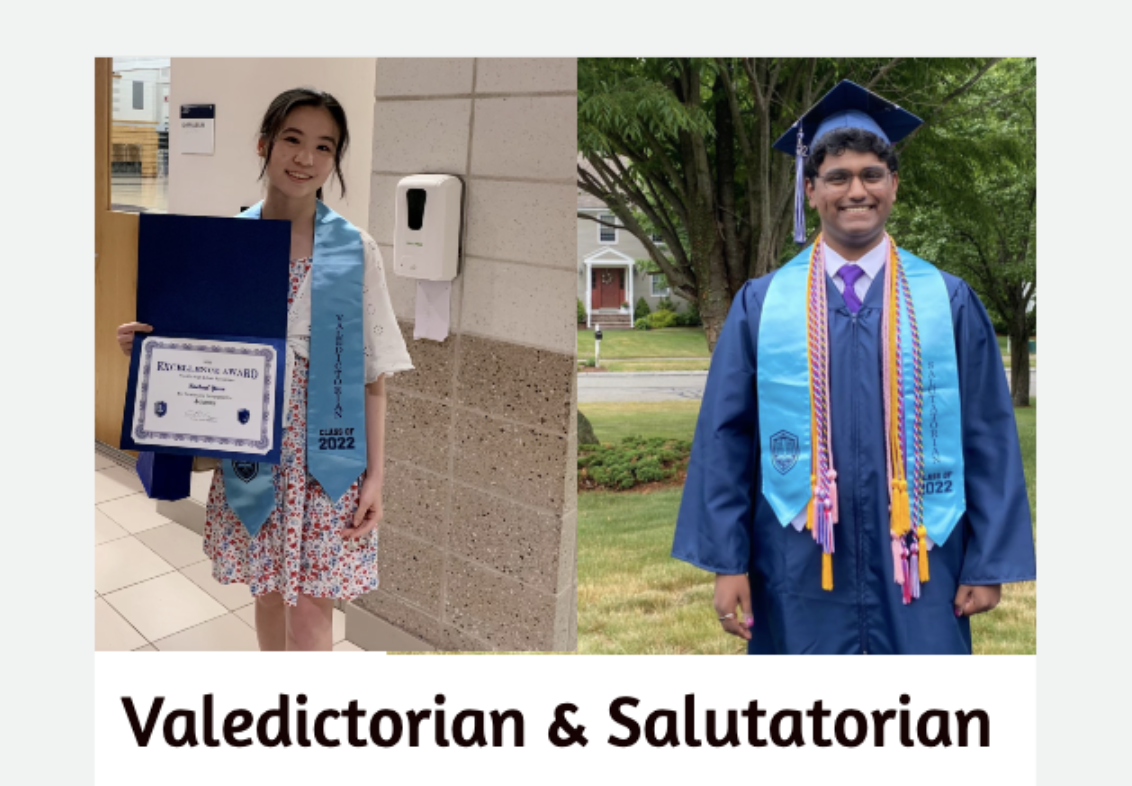 The Valedictorian and Salutatorian of the Class of 2022! (Yuan Family and Harsha Family)

The Valedictorian and Salutatorian of the Class of 2022!

Congratulations to Rachael Yuan and Chai Harsha for being named Valedictorian and Salutatorian of the Class of 2022! Although we heard a lot about them at graduation, Pantherbook wanted to reach out and individually hear their thoughts on these amazing accomplishments and how they achieved it!

Throughout high school, Rachael has always been described as a hard-working person. Moving onto the next step of her future, Rachael will be attending University of North Carolina Chapel Hill and will be double majoring in Neuroscience and Public Health Policy. This reflects Rachael’s love for working with children and her love of learning together.

When asked how she felt about finding out that she was valedictorian, Rachael claimed that she honestly “felt the same as before, except [she] was surprised. There was also a sense of newfound gratitude since it was not an independent endeavor.” Rachael felt honored but there was a lot of reflection on her whole high school career that came into play.

Rachael has said that, although she is a valedictorian, that necessarily doesn’t mean that she is the best time manager. She claims to be a major procrastinator sometimes; however, she does have helpful study methods that have proven to be useful. Some of her tips include creating study guides before zooming in on specific topics, studying smart and hard at the same time, and using retrieval practice such as practice tests instead of re-writing notes. This way the information is integrated well. She also adds that it is very important to take breaks in between so that you don’t burn out!

Rachael also mentions how AP Psychology taught her a lot in terms of studying. For example, she learned how to be a better student and learner. When you take the class, you learn to become a conscious learner and critically think about your learning. So she recommends AP Psych as a class to take as well. In addition, she recommends AP Language and Composition. Rachael says, “Dr. Kellett is so eloquent and teaches material that is applicable to everything in everyday life. Everything she teaches, you can use to connect with people and you are guaranteed to pass the exam with that class. Also, reading passages from influential people inspires you all the time.” In addition, Rachael’s love for science strengthened when she took AP Biology and AP Chemistry, so she recommends those classes especially for students who are hoping to pursue a major on the pre-med track in college. Rachael reminds everyone that you should embrace collaboration and don’t look at your class or peers as a competition.

There were times when classes were especially challenging, but Rachael never took that as an excuse to fail. Rachael has mentioned that she was burned out a lot by sophomore year with the addition of AP classes, but at the same time, she wants to encourage students to still take AP’s that they like. According to Rachael, the difficulty of a class should never deter you from it. For example, she mentions that AP Chemistry is hard, and although many people don’t stick with it, those who do understand that it is a good test of if you want to go into pre-med or science college.

“Don’t view AP classes as a hurdle. View it as an outlet to challenge yourself,” she explains.

As for her future, Rachael cares a lot about mental health and wants to go into pre-med and specialize in psychiatry. Rachael’s grandmother had suffered with mental health issues and since it is really stigmatized especially in China, where her grandmother lives, she wants to go to China and help change that. As mentioned previously, she is double majoring – the main reason for this being that she wants to be interdisciplinary and connect more to the real world. 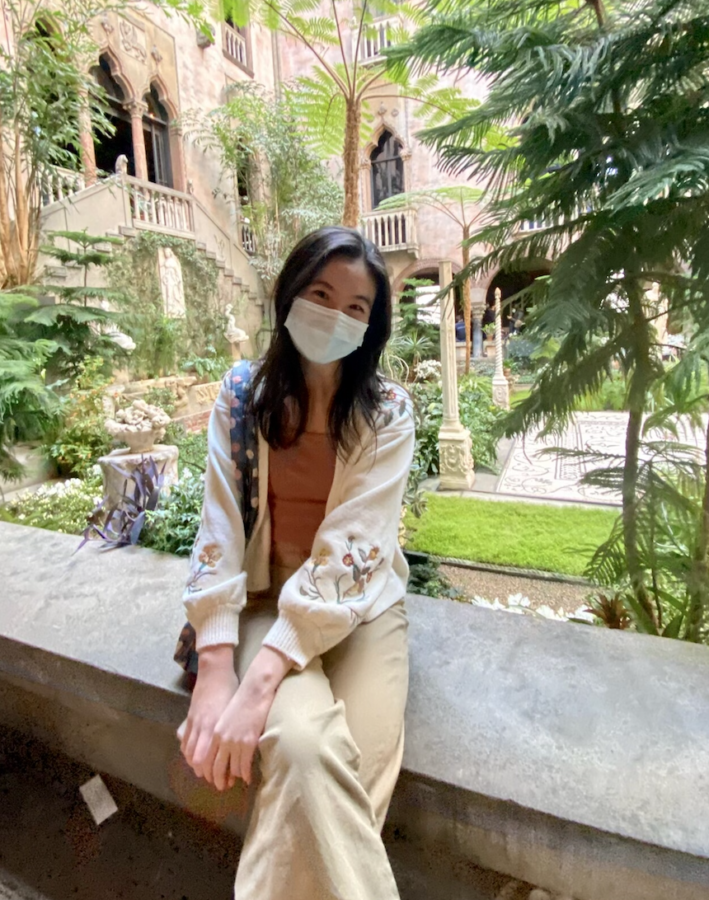 So how did Rachael accomplish this position of valedictorian?

Rachael says that, “academic standing is so minute and reflecting yourself in your college applications is more beneficial”. She speaks on how being a valedictorian or salutatorian tends to get glorified, but everyone works hard in different ways to accomplish many things that may not fall in the academic category but are still worthy of recognition.

“I think being a valedictorian is a privilege but there is no need to strive for it or make your whole high school goal,” she adds. “The rankings are differences within the thousandths place of a decimal so if I made it my goal and didn’t end up getting it, I would be devastated.”

For Rachael, although COVID-19 impacted her, she still made sure to approach things with a grateful heart and be happy with what she had. “Sometimes there isn’t a perfect solution to things,” she says, and adds that in times of hardship, it is important to stay connected with friends and family.

Rachael’s driving force was her desire to improve the lives of others. She has always wanted to use her own education to help others especially for those who may not be able to access resources to help themselves.

Lastly, Rachael’s favorite quote is “be the change you want to see in the world” which was said by Mahatma Gandhi.

Amazing accomplishment Rachael, and we wish you the best of luck in your future!!

Throughout high school, Chai has always been described as a goal-oriented person who has a special love for math. This has demonstrated itself within his performance in rigorous math courses and his participation in the Hampshire College Summer Studies in Mathematics. Going onto the next step of his future, Chai will be attending Brown University and will be majoring in Applied Mathematics. Brown University has been Chai’s dream school since he was little, and pursuing his favorite major there is an amazing display of perseverance and optimism.

When asked how he felt when he was announced as salutatorian of his class, Chai’s response was “it felt good but there was a lot of external pressure to keep it up throughout the year.” He was glad to obtain this position and enjoyed the perks of doing a speech, but also loved the feeling that his hard work had paid off in the end.  He remembers times when some classes were harder than others such as APUSH 1 and AP Physics C, but he stated that “if you put more effort into it, or at least try to put effort into it, then you will get a good result in the end. I never put in more effort than I felt was necessary so I could achieve what I consider success without overexerting myself and burning out.”

Chai says that studying for his AP classes was challenging in the beginning, but the most important strategy is to find a rhythm. “Doing the work is big, but it is more important to find the study method that best suits you – that is different for everyone,” says Chai.  For example, he had mentioned that, for Physics, he would complete half the problems the day they were assigned and he would leave the rest as extra practice for the night before to retain the information better. He also mentioned that for classes like APUSH, whenever he had to do textbook notes, he would always write a summary of what he took notes on in the margins to help him understand the chapter better.

Pantherbook also asked Chai what his favorite classes and classes that he recommends are. He loves AP Physics C and AP Language and Composition. Chai says, “both Mr. Chung and Dr. Kellett are phenomenal teachers who always help you reach your best self and the way they teach is also so engaging”. Chai is also an amazing musician and carries a special love for Orchestra. He also adds that “Mrs. Plouffe is the best and that’s an understatement”.

Overall, how did Chai become a salutatorian?

“I knew it was a possibility but I never really considered it a motivator nor did I desire it. I have always led by: do your best work and find a balance between doing the best work that I can be proud of but also not burning myself out.” Chai also mentions that he had amazing support from his teachers, friends and family who were there every step of the way. 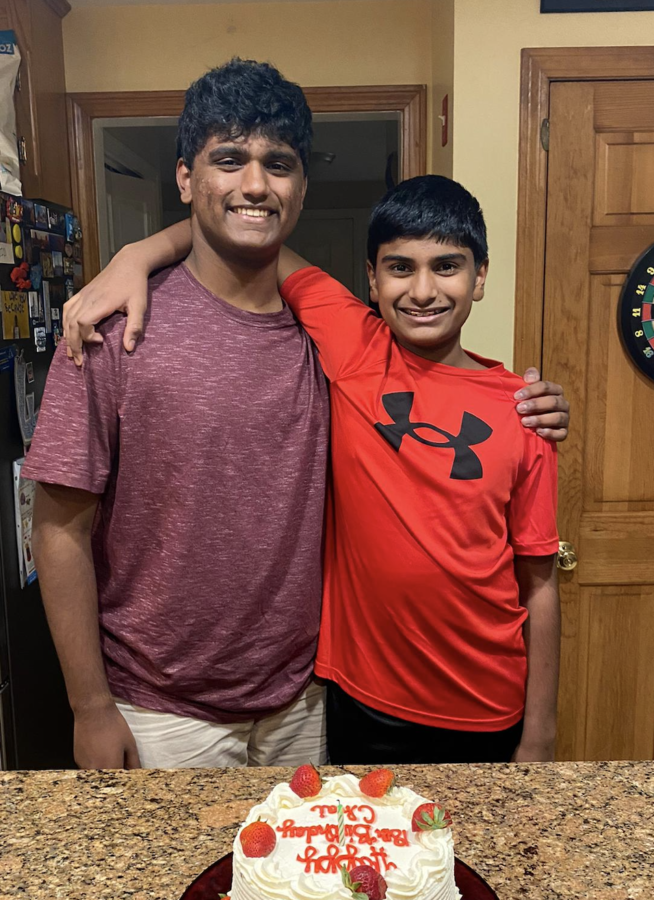 When asked how COVID impacted him, Chai responded with; “it didn’t really impact me as badly.” Chai mentions how he ended up getting better grades when he was online because he was less stressed and had more time to sleep. This was the same year that he got selected to participate in the All Eastern Orchestra in Pittsburgh, even though it was unfortunately also online.

Everybody has a specific motivation. To Chai, it is to be the best that he can be, find success while being happy in life, and leaving the world around him better than he found it!

Lastly, Chai’s favorite quote is by Thomas Paine and is: “The world is my country, all mankind are my brethren and to do good is my religion.”

Amazing job on your achievement, Chai! We wish you the best of luck in your future.